A Call to Arms

We are at war. Do you sense it? I am not talking about the literal wars being waged throughout the world, despite how serious and heavy these conflicts may be. No, I am referring to a war that dates much further back. It’s a war for our souls that began with an attack against the very first family, Adam and Eve.

Since the beginning in Eden, the enemy has targeted family units. The name that we use for him–Satan–actually comes from a Hebrew title meaning “the adversary” (see 1 Chronicles 21:1). John the Revelator simply calls him “the accuser of the brethren” (Revelation 12:10). No matter what name we use to describe his diabolical deeds, he has adapted his strategies and sharpened his tools, but his lies haven’t changed. It seems as though his favorite way to destroy families now is to remove the father. And if he can’t remove the man, he’ll demean him. The enemy has learned that if he can get past the fathers, he can get to the kids.

Victimizing children and the vulnerable still unsettles society like few other news events can. The latest headline tragedy tells the story of 21 lives lost. Uvalde became one of over 300 school shootings since Columbine in 1999. These horrific events make us wonder: Why do these things happen? How do we make them stop? We do not and will not ever have all of the answers, but we can join the fight. It’s not a physical or even a political fight, but a spiritual fight.

God calls us to bring peace, not passivity. He calls us to combat, not to comfort. We are to stand in the gap and bring light, not sit idly by and watch the darkness take over our culture. This call to join the fight is found in Ephesians 6:10-18:

“A final word: Be strong in the Lord and in his mighty power. Put on all of God’s armor so that you will be able to stand firm against all strategies of the devil.  For we are not fighting against flesh-and-blood enemies, but against evil rulers and authorities of the unseen world, against mighty powers in this dark world, and against evil spirits in the heavenly places. Therefore, put on every piece of God’s armor so you will be able to resist the enemy in the time of evil. Then after the battle you will still be standing firm.

“Stand your ground, putting on the belt of truth and the body armor of God’s righteousness. For shoes, put on the peace that comes from the Good News so that you will be fully prepared.  In addition to all of these, hold up the shield of faith to stop the fiery arrows of the devil. Put on salvation as your helmet, and take the sword of the Spirit, which is the word of God. Pray in the Spirit at all times and on every occasion. Stay alert and be persistent in your prayers for all believers everywhere.”

The primary way we fight the darkness outside the home is to prepare for battle inside the home. We do this by outfitting our families and ourselves daily with the armor of God.

With the belt of truth, we instill integrity into our children and protect their innocence. We teach them how to decipher God’s truth from the lies that have infiltrated all parts of our culture, including the school system. We fight for them to have a firm foundation on which they can build their future: God’s eternal, unwavering Word.

With the breastplate of God’s righteousness, we instill Biblical values into the next generation, protecting the most vulnerable organ: their hearts. We live out the gospel loudly so our children and our communities can see Jesus with skin on. Let’s infiltrate the world with young disciples who are able to fight spiritual battles alongside us, knowing how to discern right from wrong.

When it comes to spiritual battles, we throw aside passivity and put on shoes of peace. The enemy loves to spread chaos and confusion, but the fruit of the Spirit is peace (Galatians 5:22). Jesus said, “Blessed are the peacemakers, for they will be called children of God” (Matthew 5:9, NIV). True peace-making involves intentional action: listening to divergent points of view patiently but never compromising scriptural truth.

Along with chaos and confusion, the enemy tries to plant seeds of doubt into young minds. He attacks the assurance of our faith by twisting the truth, making wrong paths seem appealing and right paths seem “closed-minded.” With the shield of faith, we teach our children to fight off every arrow of doubt from the enemy. Plus, we show them the ancient tactic of Greek warfare: linking our collective faith-shields together to provide an impenetrable barrier against the encroaching lies of the enemy from infiltrating our ranks.

With the helmet of salvation, we protect our family from sinful thoughts and destructive thought patterns. What the enemy would love us to forget is that as Christians, we are no longer slaves to sin, including generational cycles of sin. Paul’s list of rhetorical questions reminds us of our true liberty in Christ: “What shall we say, then? Shall we go on sinning so that grace may increase? By no means! We are those who have died to sin; how can we live in it any longer?…For we know that our old self was crucified with him so that the body ruled by sin might be done away with, that we should no longer be slaves to sin” (Romans 6:1-2, 6).

A spiritual battle is never won through social media posts, online arguments, or even inspiring blogs. A spiritual fight is not won through human words at all; it’s won by the Word Who became flesh and lived among us (John 1).

Hebrews‬ ‭4:12‬ ‭confirms that “the word of God is alive and powerful. It is sharper than the sharpest two-edged sword, cutting between soul and spirit, between joint and marrow. It exposes our innermost thoughts and desires.”

The Word of God functions as an active weapon. Read it. Speak it. Memorize it. Stand on its promises. Use it to combat the enemy’s lies.

When we don our spiritual armor, Paul then tells us we are ready to engage in the battle: “Pray in the Spirit at all times and on every occasion. Stay alert and be persistent in your prayers for all believers everywhere” (Ephesians 6:18). As external and internal battles wage on, never cease going to God in prayer. We cannot fight spiritual battles without His aid. The transformative work necessary to bring healing to our land is only accomplished through the power of God. He is able to mend the brokenhearted and bring healing to families. He provides true light amid the darkness.

Undoubtedly, we are at war. Are you becoming more aware of its urgency? Our Commander in Chief, Jesus Christ the Blameless One, issues us a clear call to arms. It’s a call to bring peace, step into combat, and stand in the gap. It’s a call to join Him in the fight for people’s souls.

This conflict can feel weighty until we remind ourselves that “He who is in [us] is greater than he who is in the world” (1 John 4:4b). Spiritual combat can feel paralyzing until we remember that we have the authority “to overcome all the power of the enemy; nothing will harm us” (Luke 10:19). Battle fatigue can easily set in. We’re left overwhelmed until we recall this promise: “If God is for us, who can be against us?” (Romans 8:31). Never give up hope! Instead, we can remain “confident of this very thing, that He who has begun a good work in you will complete it until the day of Jesus Christ” (Philippians 1:6).

The enemy may steal, kill and destroy, but through Jesus we may have abundant life (John 10:10). Christ came to destroy the works of the enemy (1 John 3:8). As those warriors who prioritize caring for the fatherless, dear Christian families and churches with a heart for the orphans among us, you’re helping Backyard Orphans draw a clear battleline opposing the evil one’s plans to destroy innocent lives. Together, with Christ leading the charge, we will prevail in this fight for the little lives whom He loves so dearly.

If God is calling you to join us in this key battle, learn how your church can make a difference through the link below. 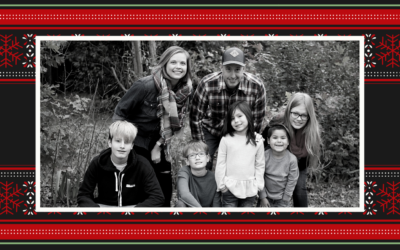 Home for the Holidays

As we approach the holiday season, it's a great time to be reminded that when it comes to orphan care, we are all called to do something. James 1:27 makes it clear that caring for the fatherless is not a good deed we do because we are religious, but that it is the...

END_OF_DOCUMENT_TOKEN_TO_BE_REPLACED 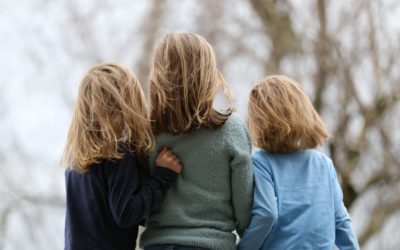 How support teams strengthen family Several months ago, a sibling group of three sisters went into care due to neglect and drugs in the home. There were no safe family members available to take them, so they were placed with a loving foster family. Because of the...